This year, Finnish Game Jam ry gave awards to games from different jams organized by FGJ, including of course our biggest game jam, #FGJ16. Out of over 250 games from the 2015-2016 season, these nine games stood from the crowd in one way or another – and their awards are as special as the games themselves. Check them out, enjoy the jam, spread the message!

Bro Fist Simulator is an accurate description of the dangers of the bro code. Even when you’re in a danger of losing your fingers, you never leave a brother hanging. Under the surface of silliness the game contains a genuinely fun gameplay and imaginative use of the Global Game Jam 2016 theme.

Remember the time when there were TV games and you couldn’t participate because you didn’t have a modern phone at the house? Now you can experience why you were not allowed to call in. Luurin Luikaus feels like a true trip to the past with flowery wallpapers, CRT televisions and simple yet unapologetically hard-to-play games.

Sometimes you just Gotta Have Pancake. This game is for all of you who get the urge while travelling and are considering to cook and drive. This incredibly ingenious game concretizes the fact that cooking and driving significantly increases the possibility of traffic accidents. If your friends are considering cooking while driving, offer to cook for them. They’ll thank you later.

Casually Cultist excels both in style and in the interpretation of the Global Game Jam 2016 theme. It uses two of the frequently used topics of this year’s jam games – cults and everyday rituals – in an unexpected way. When the cult comes to an end and everyday life begins, how can a single cultist migrate and survive within the loneliness of mundane?

Asteroids Redemption’s black-and-white, grainy graphics, distortion effects and simple arcade-like gameplay comprise an elegant game that you enjoy not only playing but also watching. Its true potential is released on the full dome projector. And this is not all: the game has a basis in the quantum physics, demonstrating the beauty of quantum tunnelling. 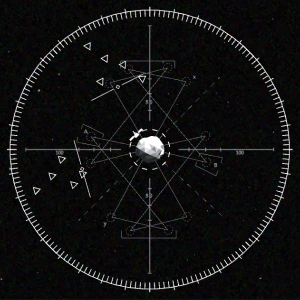 When the apocalypse begins and we start running out of power, it is soothing to know that game making will continue until the end of days. All you need is a couple of tablets and willing programmers. Amazingly awful graphics, mesmerizing soundscape and addictive as hell gameplay. With an odd interpretation of the theme “Ritual”, Ragdoll Yoga takes the player on a journey to the world of stretching.

This is what we suspect the ritual of a sound designer might look like. You don’t have to be a sound engineer to solve the addictive puzzles of this game, but that might help. With a philosophical backstory, eery atmosphere and simple yet inventive mechanics, Come As You Are stands out not only from the multitude of other ritual games, but from the Global Game Jam 2016 games altogether.

If you give a theme of “ritual” to a Finn, you cannot avoid sauna games. After all, the sacred ritual of sauna is important to us all. The Sauna Simulator 2016 goes a step further: It wants to spread the sauna love to those without the luxury of it. Just put on your virtual reality goggles, get naked, grab your beer and throw water on the stove. It’s almost like you’re there.

In addition to the game awards, Finnish Game Jam awarded Samuli Jääskeläinen as the Superjammer of the Year 2015 for exemplary and courageous jamming, Remedy Entertainment as the Jamtivist of the Year 2015 for their remarkable and continuous support for the Finnish Game Jam, Anna Permala and Minna Eloranta for their outstanding contribution for the game jam organizing in the FGJ’s graphics team, and Meanfish, Viope, and PlayRaven for their outstanding support as the sponsors of the #FGJ16 event.