Children were acting as both creators and the audience of games in the unique Pikku Kakkonen Game Jam. Kids had drawn and sent hundreds of game characters and their characteristics for the jammers, who got to select the drawings that inspired them and create games around them. 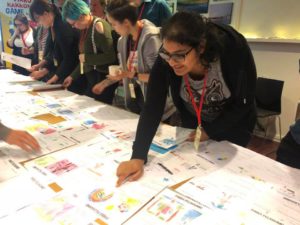 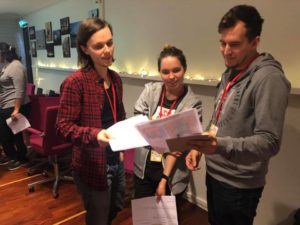 As suitable, the game jam was located in the Yle’s studio in Mediapolis, Tampere, from where the Pikku Kakkonen show is aired. The inspiring surroundings featured a life-size doll house and a visit from the famous and frightening Morso. On Sunday, a group of children arrived to the site as voice actors, and tested the games. 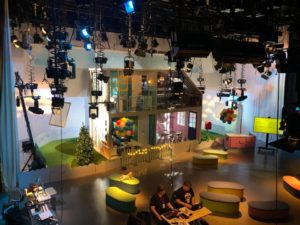 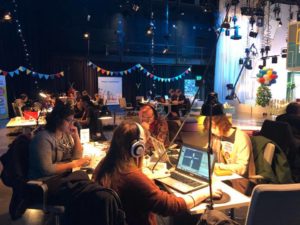 There were 23 jammers, who made in total 6 games during 48 hours. The game jam was organized by Finnish Game Jam and Finland’s national public broadcasting company Yle. See and download the games from the jam’s Itch page.