As a part of our scholarship program, Finnish Game Jam sent Ludwig Sandbacka and Elie Abraham to the Lyst Game Jam (DK) to represent the Finnish jamming scene. Here is Ludwig’s report about the wonderful jam.

I’ve never written a jam report before. To be honest I feel rather strange trying to recount a sequence of events, as if that is the grand explanation of the fantastic experience that is or was Lyst. However, I will try, but I also feel that I need to preach a little bit along the way about the need for more of this kind of thing in the games industry. So fair warning and here we go! 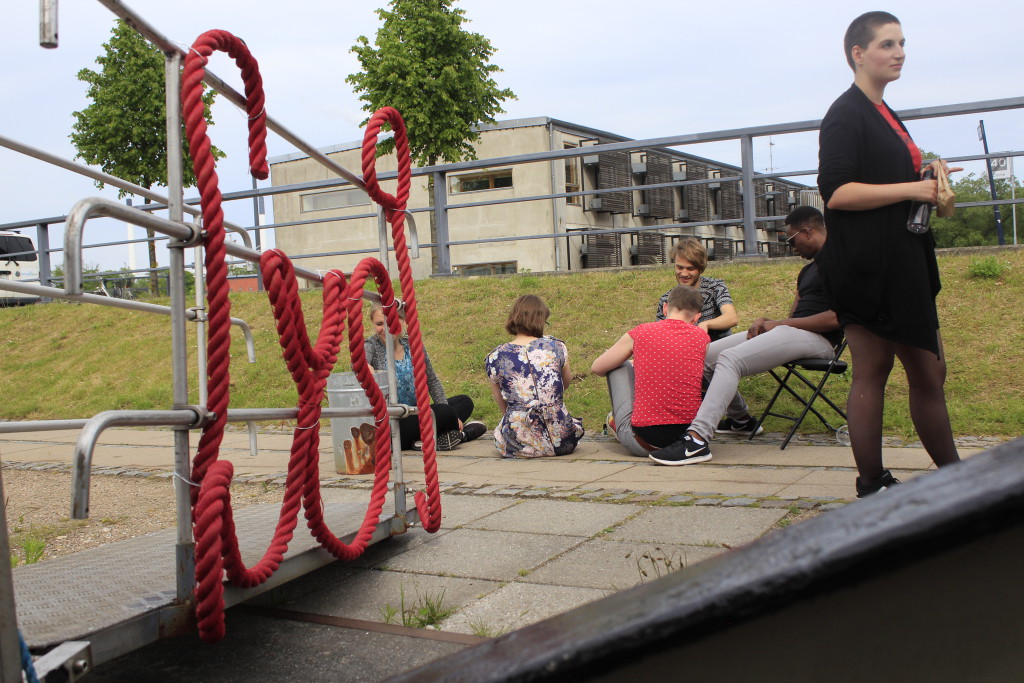 For those who aren’t familiar with Lyst (“Desire” in Danish), it started 4 years ago as a summit about romance, love and sex in games. On the surface this is exactly what Lyst is but it is also a little haven for otherness in our wonderful but in my opinion rather conservative industry.

When I say “otherness” I mean the phenomenological term “other” as something or someone standing apart from the majority. I claim othership in some situations because I am a gay man. It is not really a big thing in progressive Northern Europe, but I am other and I’ve felt other, sadly and especially, in the games community.

On Friday morning we started to drop onto the jam location, “The Love Boat”, and were handed our little welcome packets, greeted and embraced. As a shy Finnish guy I felt unusually at ease even though I hid in the corners mostly. This is not due to any aforementioned otherness but purely a quirk of my own personality. Most of Friday was dedicated to illustrious speakers from across the globe, from Tel Aviv to Seattle and it was amazing.

Matt Baume talking about his project “Playing with Pride” was familiar and inspiring. It discussed the intersection between queer culture and game culture and about feeling other in both. Maya Magnat questioning the way intimacy and technology affect each other in “Interfacing Intimacy” was provoking and fascinating. I was forced to reassess the way I enjoy games through Brie Code’s “Love Drugs” about adrenaline fueled “Fight and Flight” mechanics in games and their opposites the oxytocin fueled “Tend and Befriend” stress responses. All the speakers brought something fantastic to the table and they are worth checking out.

After this mind-blowing symposium we were treated to some workshops and showcases of innovative mechanics and weird ideas and the jamming began. We were placed into teams something I think more game jams should do as it removed the hours of awkward and stressful teambuilding that haunts many jams. This was done by trying to identify what liquid was in a little mystical vial we had received, mine was tonic water. I ended up with a wonderful group of people: Malena Klaus, William Zack Wood and Martin Nerurkar. 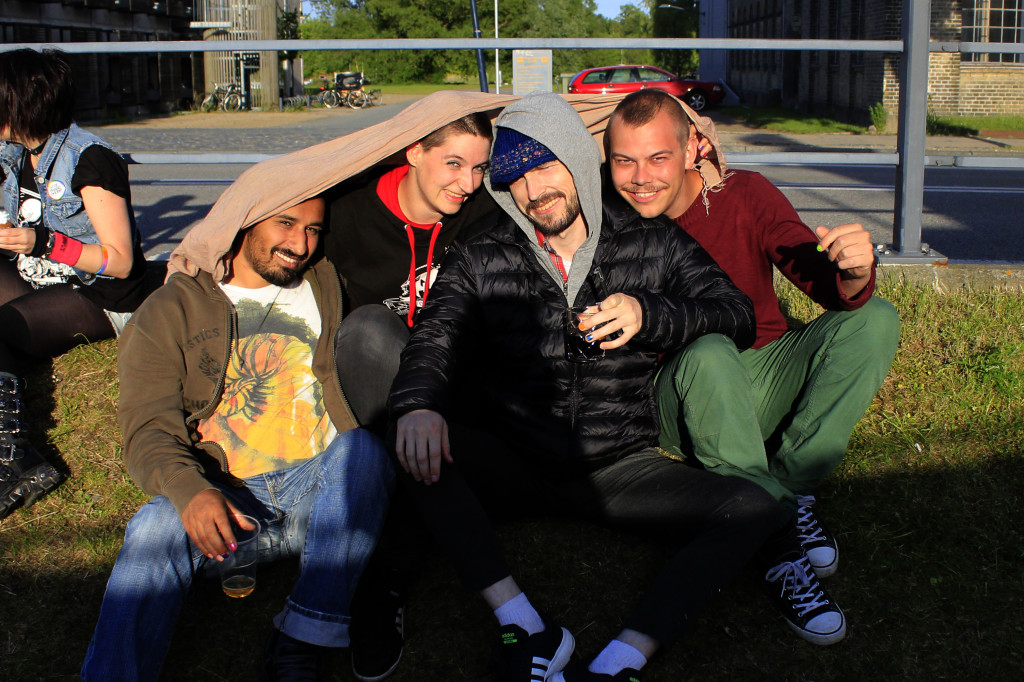 We were mostly digital developers in our own practice so logically we quickly decided to make a physical game and after a lot of little “scout” games and discussions about intimacy we ended up sitting close together under a blanket on the ground. This became our game. I’d like to think that we consciously made something to represent the the strange little bubble reality that is Lyst, but mostly I think it just felt nice sitting together with a blanket over our heads. The game in the end wasn’t so much a game as an exercise in intimacy and sharing. Whilst being under the blanket, much of people’s natural awkwardness and fear of getting too close to each other too quickly melted away. We created one word topics for people to share about and little rituals to make what we called “Blanket Space” feel more real. That was it. 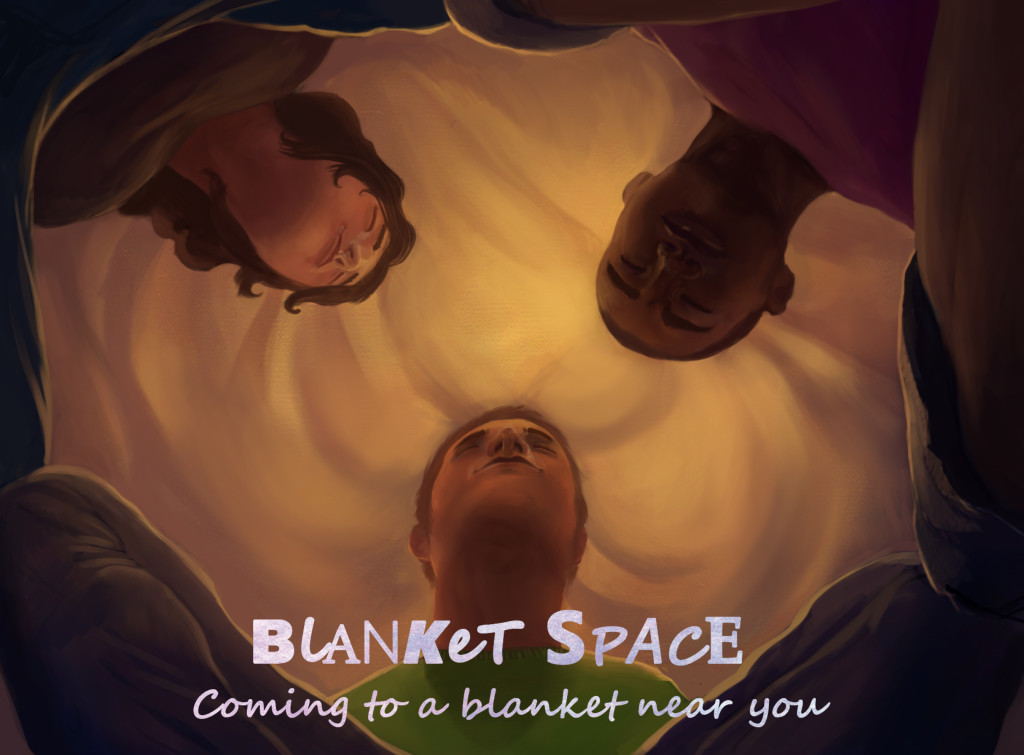 During the prototyping and presentation I felt like we hadn’t done much. That our “game” wasn’t big enough or complex enough, but as we watched people play and participated ourselves, our “players” got really involved. What for us during prototyping took 10 minutes ended up in 45 minute sessions for our participants. It was like most of Lyst, unexpected and thoroughly eye opening. 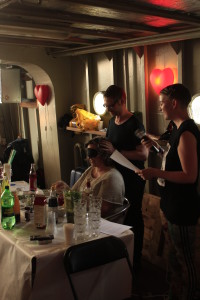 In conclusion: It was all great. Heading to the Christiania sauna for some naked down time with people you just met. Being probed by aliens in VR. Dancing shirtless all night to eurovision songs. Lyst was all in all the best game jam I’ve been to and if you ever get the chance, GO! The industry could really use more otherness, weirdness and lyst.